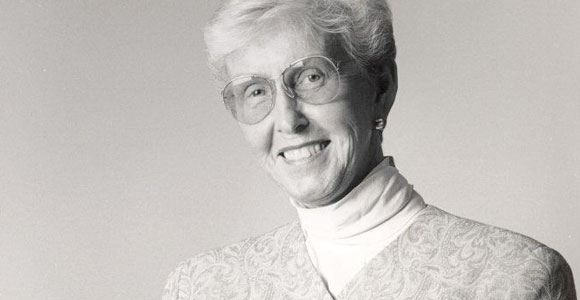 "Nursing is my identity, in fact, my obsession." - Gretta

She was the architect of the first comprehensive study of nursing credentialing in the 1970s, and an innovator and pioneer in defining this critical work that recognizes and differentiates quality in all aspects of nursing practice. In the 1980s, she spearheaded ICN’s definitive work on nursing regulation, including the publication of a guidebook on nursing regulation. It is through Gretta’s signature work in credentialing and its contribution to better patient outcomes globally that Gretta leaves her most enduring legacy.

Gretta was the recipient of many honorary doctorates from universities in the United States and abroad, and numerous other awards from academic and professional organizations. An international tribute to her lifetime achievements and contributions to the nursing profession was made in 2005 when Gretta received nursing’s highest international award, the Christiane Reimann Prize. (CV)

Gretta had a global impact on the profession of nursing and spoke passionately for her profession at the highest levels and in all corners of the globe. She regarded her fellow nurses as the world’s most honorable global citizens.

Doctor of Education
1968 – University of Florida

Over 300 published articles; 20 books and chapters.